PHP variable is a "container" that stores value and information. A variable starts with the $ sign, followed by the name of the variable.

Variable names follow the same rules as other labels in PHP. A valid variable name starts with a letter or underscore, followed by any number of letters, numbers, or underscores.

A variable can have a short name (like x and y or a and b) or a more descriptive name (name, age, description, multiple_hobbies).

Think of variables something like containers that can store any value. 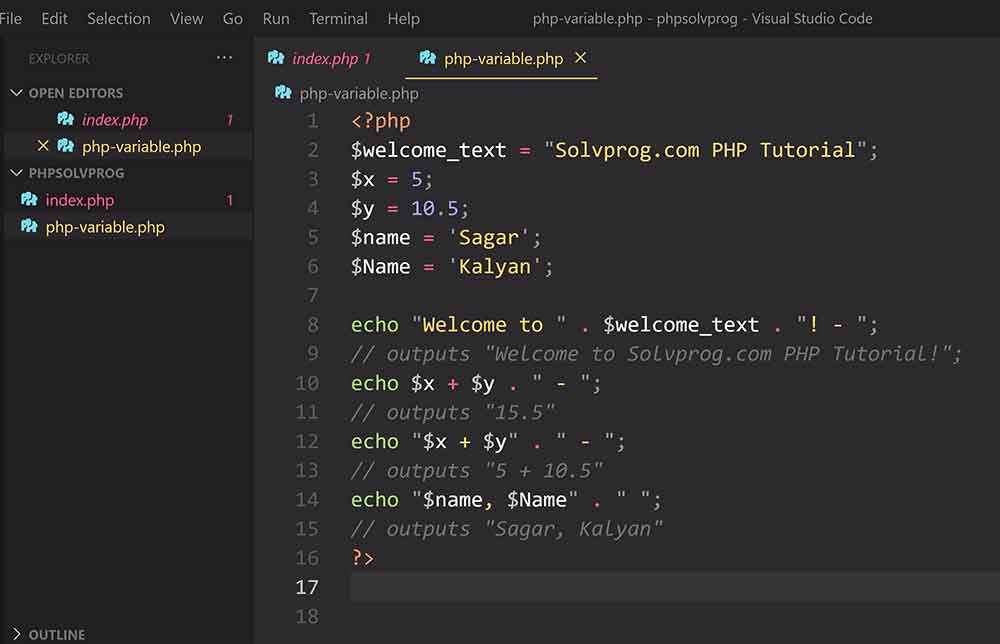 PHP is a Loosely Typed Language

In the example above, did you notice that we did not specified PHP variable which data type the variable is.

PHP automatically associates a data type to the variable, depending on its value.

In PHP 7, type declarations were added. This gives an option to specify the data type expected when declaring a function, and by enabling the strict requirement, it will throw a "Fatal Error" on a type mismatch.

You will learn more about strict and non-strict requirements, and data type declarations in the PHP Functions chapter.